Build your own Water turbine!

Hydropower is a word used to refer to the kinetic energy of water.

A propeller-like structure can be rotated at high speeds using moving water dropped from a height. This kinetic energy can later be changed into other forms of energy.

At first, the falling water will turn the propellers—this mechanism is usually called a turbine. The kinetic energy from the flowing water is converted into mechanical energy and can be converted to electrical energy afterwards. Even though it is called ‘hydroelectricity’, that doesn’t necessarily mean that water can create electricity directly. Moving water makes the turbine move which turns an electric generator (which is basically a motor that creates electricity).

You can make a model for a hydroelectric power generator all by yourself.

Here’s what you need to do:

Now observe how the flowing water moves the propellers and think about how this system is used in real-life turbines. Oh and try not to be too messy. 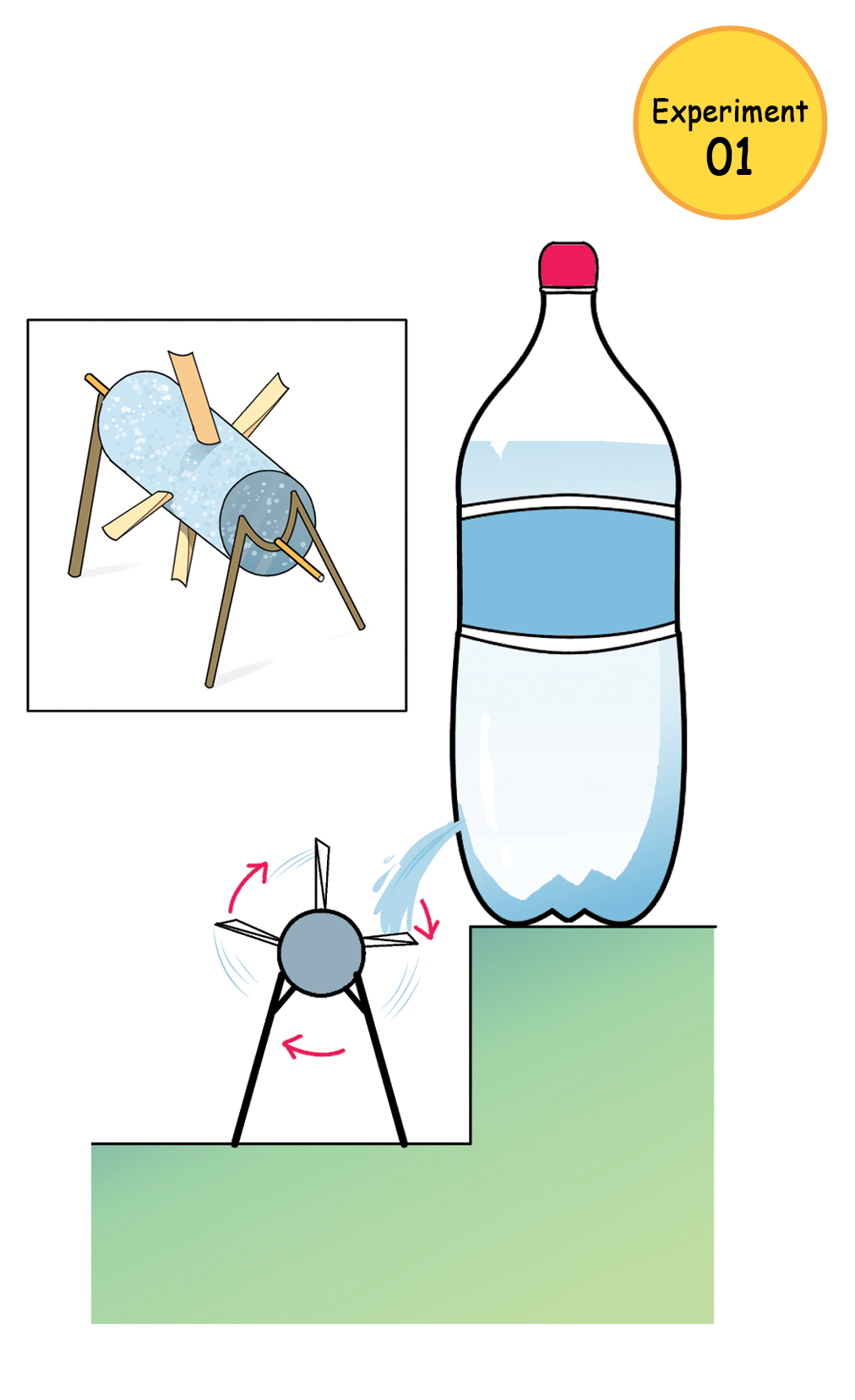