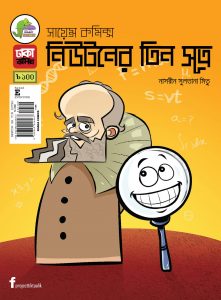 ‘Newton er tin sutro’- the first science comics of Bangladesh has been published by PROJECT TIKTAALIK on February 12, 2016. Eminent cartoonist and writer, Ahsan Habib attended the book launching in Ekushe bookfair. Based on the concepts of Newton’s three laws of motion, this book is primarily targeted to middle school kids. It can be mentioned that, this is the first science comic developed in Bangla language, both in India n Bangladesh. 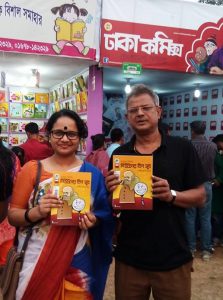